Major Raymond Elledge flew with the 506th Fighter Squadron as part of the 404th Fighter Group based at Winkton Advanced Landing Ground near Bournemouth on the South Coast of England. They then moved out to Normandy to offer closer support to the Allied ground forces.

Elledge was shot down during a strafing & bombing mission by ground flak. In “Leap Off” the 404th’s Group History, his last airborne moments are described thus…

On the sixth and last mission of the day, which also was unable to bomb its target, seven miles northwest of St. Lo, Major Ray Elledge was hit by light flak which knocked out his engine. He went into a glide toward the gunners that had shot him down, strafing all the way, and bellied in. Slightly wounded, he was captured immediately by members of the Panzer Lehr Division, April 29, 1945, he and Gillespie were both “returned to military control.”

The Gillespie in question is the same Gillespie that appears on these pages as they were held in the shed at the same time (along with Sheppard, Willen & Harder).

For more information on the 506th & the other Squadrons that made up the 404th Fighter Group, there is an excellent website run by John Levesley who kindly provided copies of Leap Off & the accompanying photographs of both Elledge & Gillespie… here’s a link: http://www.winkton.net/ 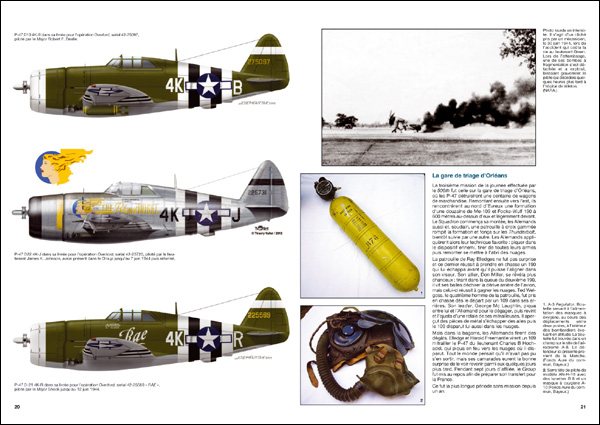 And here’s the Squadron logo:

Before he was posted to Europe, he received a posting to the Aleutian Islands flying AirCobras. Fortunately for us, Ray Elledge appears to have been a prolific writer and he wrote of his experiences in Alaska which stretches to an 11 page manuscript. Even more fortunately, he covered 140 pages in describing his experiences in Normandy & as a PoW starting with what turned out to be his last flight & ending with repatriation. This document has helped enormously with helping trace both his & others steps in July 1944 as he escaped from “The Monastery” with Francis Gillespie, Morris Sheppard, Gerald Willen and, later, John Harder

In July 2009, I returned to Normandy, armed with Elledge’s manuscript & believe that I was able to locate a likely candidate for his crash site; if you’d like to know more, check out this link

In addition to the above, I’ve kindly been sent newspaper cuttings and photographs